My phone was ringing again. It was child services, and I knew they could only calling for one reason: there had been another baby abandoned. I reached down and turned off the ringer. In 8 months we had more newborn babies pass through our house than most church nurseries see in a month, and between the sleepless nights and the emotional toll of loving and losing, I was exhausted. Our house was already full of babies, five to be exact, and that did not include my older five children who also needed my attention and care. I couldn’t possibly imagine adding one more. I glanced at the phone again, eleven missed calls. I turned it upside down and left it on the dresser.

There were two half-packed suitcases on the floor of our bedroom. Matt had a flight to the US leaving in roughly 24 hours. He would be gone for several weeks to take our daughter to her annual endocrinologist appointment and to try to raise more funds for our rapidly growing foster care ministry. We had an appointment with the lawyer and several last minute errands we needed to complete before the store fronts all closed at 4:30. I pulled the bedroom door shut behind me and tried to forget the buzzing phone still lighting up with successive missed calls.

We left the lawyers office and got back in the car. As we drove up the cobblestone road toward our next errand, one of our staff members called Matt’s phone, and I answered. “Mrs. Marianne,” I heard, “You need to come home right now. Social services is here with an abandoned baby, and they need you to sign the papers.” My attempts to neglect the calls had not made a difference. The baby had arrived without my submission.

Ten minutes later I came home to a newborn laying in the middle of my kitchen table. The workers explained that a woman handed the baby to a young girl waiting by a bridge in town. She had asked the child to hold the baby while she went to buy milk. The girl waited for hours for the woman to return, but she never came back. Several people selling goods in the area attempted to look for the mother, but she had seemingly vanished into thin air. Child services was finally called and retrieved the abandoned infant. They pulled hospital records for every baby girl born in the last week, but the search turned up only empty leads.

I looked at the child. She blinked slowly and shifted her eyes as she took in her new surroundings, her little tongue pressed out from behind her rosy pink lips. She was simply perfect in every way and so strangely familiar. Then, as I stood there studying her it occurred to me: she looked just like an Irwin. It was positively uncanny. She could have easily been mistaken as the infant daughter of any one of my siblings or cousins. The resemblance was downright unnerving. She flailed her arms and legs as she lay on the table, kicking the blanket free. I stared at her long limbs, a rarity in a country with such strong mayan genes. Beneath the fuzzy blanket she wore no diaper, nothing but a snug knit white sweater with a small teddybear applica on the front. I touched the delicate interlocking loops of the fibers. It was the last thing her mother gave to her. I wondered where she had gone and what circumstance had caused her to abandon her babe in the arms of a stranger. I scooped up the baby girl and held her head in my palm with her body facing mine. Her long legs dangled on either side of my arm. I gazed at her innocent face and noticed her hair had a glint of red. You have had a confusing day little one. She looked at me and batted her soft brown eyelashes and drew her tiny lips into a knowing smirk. I smiled back and just like that I fell in love all over again. 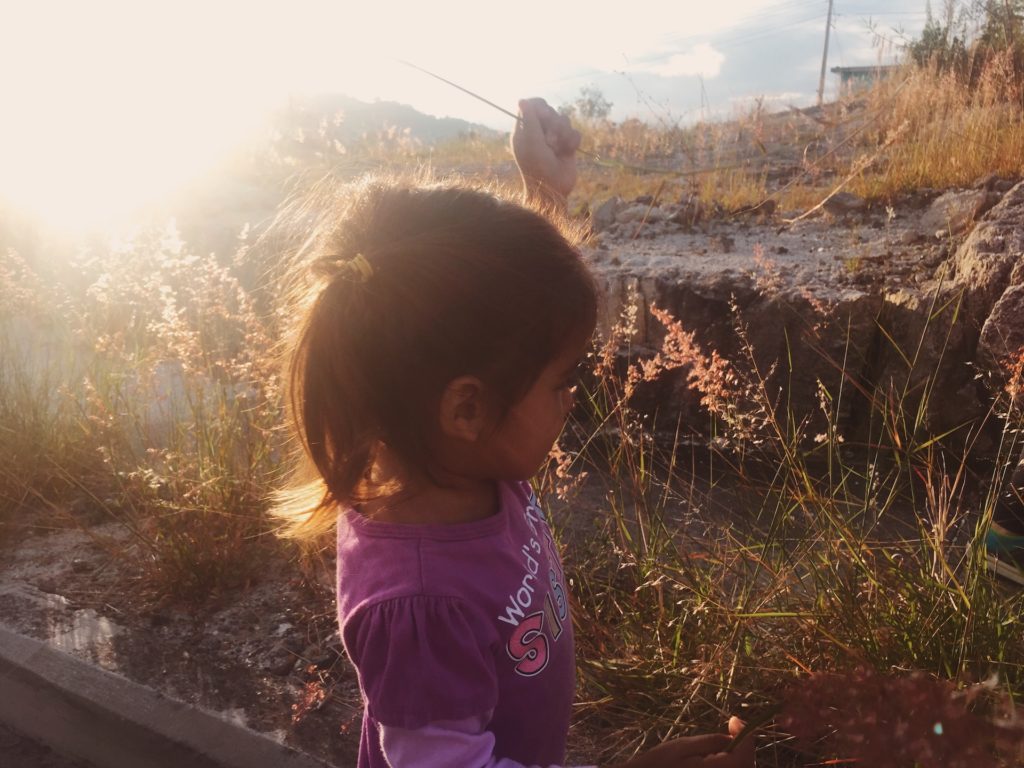 Ever since we realized that our first foster children had, by chance, come in alphabetical order, we had taken to naming our new additions to continue the sequence. That day we were on the letter “I.” As a family we considered a few options, but Isabella had already been planted in my heart for quite some time. I entertained suggestions, but I never really considered any of the other options. Her name Isabella means “pledged or devoted to God.” Her middle name is Jean after my late Grandmother. I see a bit of my Grandma in Isabella with the way she sticks out her tongue when she is concentrating or the manner that she plants her feet, stiffens her shoulders, lock eyes with her opponent, and never hesitates to let the other kids know exactly how she is feeling. And believe me when I tell you, she is not above a sharp pinch on the back of her siblings arm to make sure she has the undivided attention of her peers.

The first night I placed her next to me in the same white bassinet where all my precious children have slept. We had a long talk about newborn habits and how many times waking up would be considered acceptable for someone in her position and asked her to please take into consideration my lack of sleep and emotional frailty. I begged without shame for her to show mercy on this aging Mama. On the 5th day after she arrived the sun rose over the mountain, peeked through the window, and settled on my face. I lurched awake in a great panic trying to remember if I had woken up in the night to feed her. I scrambled and clawed at the side of the basinette fearing the worst, but she lay there in the light of the morning sun like an tiny angel. Isabella had decided that she enjoyed a peaceful slumber as much as her weary Mama and by what I can only describe as a miracle, she began sleeping through the night. For every night since, she has slept close to our bed.

Isabella has such a sweet spirit. She is serious and thoughtful, but she loves to surprise you with her spunk. She loves fearlessly and never backs down from a challenge. It shames me to remember that first day when I turned away from my calling and thought I knew better than God. I had come to the conclusion that I had been stretched beyond my personal limitations, but He already knew Isabella, and He knew me better than I know myself. I am grateful that my selfishness did not keep her from our family.

Like many of our children we have already submitted Isabella’s paperwork declaring our intent to adopt her. The process and those papers will make official what we already know in our heart: she was always meant to be ours. I am grateful for the opportunity to love and be loved by Isabella, and I am in awe that the Father would entrust her precious life to our care. The responsibility of raising each of my children does not rest lightly in my soul. I pray that she would continue to grow in grace and wisdom and that her devotion to her heavenly Father would position her to make this world a better place for His glory.

Isabella’s story is just one of many where Legacy of Hope’s foster homes are providing a safe and loving family for children who can not be reunified with their biological families, and in most cases, are awaiting to be adopted by their foster families or another forever family.  Would you consider partnering with us to grow the foster care model throughout Western Honduran and beyond? 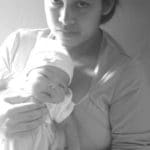 She was sitting in a small room, holding her baby close to her chest. To her right was a nun and to her left an IHNFA worker. She looked up at me with sad, desperate eyes as I listened to the details of the situation being explained once again… 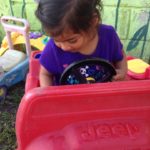 “Hello Marianne how are you?  We are in a small village investigating a case.  We have found a baby suffering from neglect and abuse.  Her mother is very young and has been a victim of repeated rape by her biological father which has left her badly traumatized… 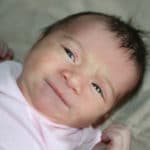 It was dinner time and my mouth was full when the phone rang.  A number I didn’t recognize flashed on the screen in front of me. I stared at the digits.  Normally I would ignore it but tonight I felt compelled to answer…